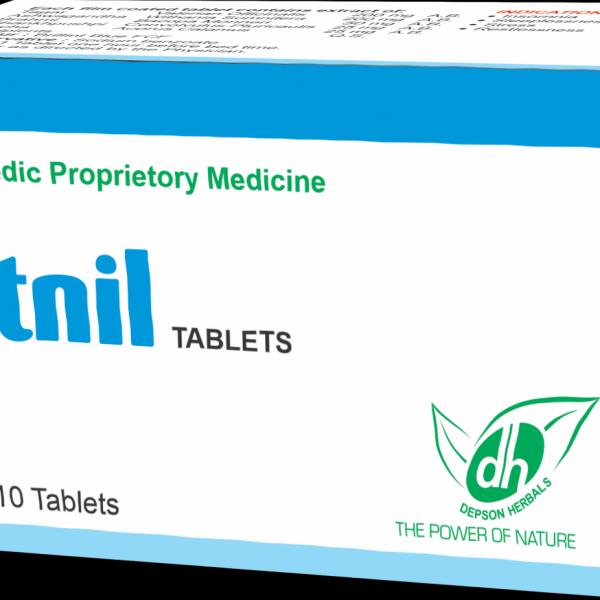 You can only purchase 185 units of this item

ATNIL  is a blend of  natural valerian, withania somnifera, bacopa monneri, acorus calamus and convolvulus plauricalis that promotes relaxation and helps you fall asleep faster, sleep better and longer.
COMPOSITION :
Each 500 mg of ATNIL tablet contains extracts of :
Valerian officinalis      200 mg
Aswagandha              200mg
Bacopa monneri          50mg
Convolvulus plauricalis 25mg
Acorus calamus           25mg
MECHANISM OF ACTIONS :
VALERIAN: it has been used to cure insomnia, anxiety, and nervous condition since the days of ancients Greeks and Romans. Valerian roots contains many active ingredients that have been found to contribute to the herb’s sedative properties. Sleep is regulated in the human body by neurotransmitters in the central nervous system known as GABA-A receptors. clinical trials have show that valerian extracts interact with the GABA-A receptors and cause a sedative effect. This may also be the cause of the calming effect of valerian.

Safety reports show that valerian is not habit forming when used as directed. The German commission E (a government regulatory agency) has declared valerian safe for treating “Restlessness and sleeping disorders brought on by nervous conditions.”

WITHANIA SOMNIFERA is used extensively in Indian ayurvedic medicines for its calming and fatigue fighting properties plus rejuvenating and immune booster qualities.

BACOPA MONNIERI:  It is bitter and cooling and is reported to improve intellect. It is used as a potent nerve tonic and cardio protective. A clinical studies showed that this drug is an anti anxiety agent.

CONVOLVULUS PLURICAULIS: It is reported to improve intellect and potent nerve tonic. It has therapeutic value as a sleep aid for people suffering from mild to moderate insomnia.

ACORUS CALAMUS : It is effective in mild to moderate anxiety. It is reported to improve intellect and potent nerve tonic.
INDICATIONS : Mild to moderate insomnia.
Anxiety.
DOSAGE : 2 tablet one hour before bedtime.
PACKING : 10 tablets in strip packing.
SIDE EFFECTS : No any known side effects.