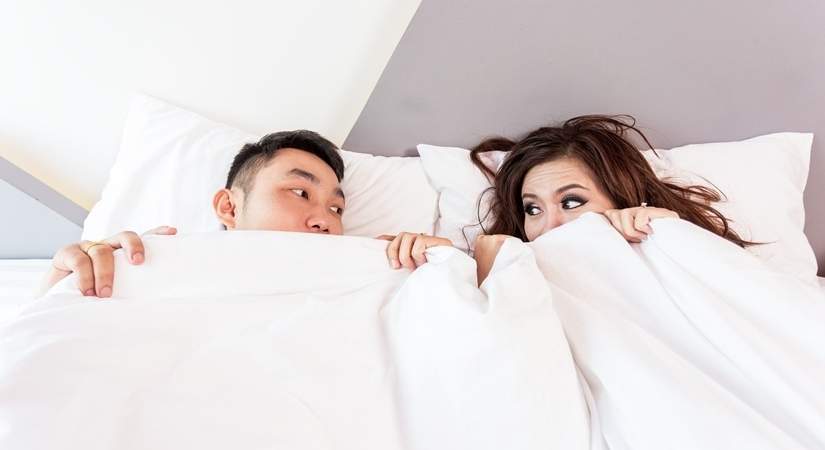 The study, published in the journal Evolutionary Psychological Science, shows the differences between consensual rough sex and regular sex. It found that that rough sex is commonly triggered by a need for novelty and typically results in little violence.

"We examined the extent of rough sexual acts in romantic relationships, the triggers for those acts, and how rough sex differs from ‘typical' sex," said study lead author Rebecca L Burch, Professor at University of New York at Oswego in the US.

"Participants were asked their definition of rough sex, questions regarding sexual aggression and behaviours during rough sex, and abusive behaviours in the relationship," Burch added.

To reach this conclusion, the research team picked 734 male and female undergraduates and found that rough sex is triggered by curiosity and a need for novelty and that both men and women often initiate rough sexual behaviours.

The study also showed that the most common behaviours during rough sex were spanking, clawing, pushing, name-calling, and tearing clothes.

It also revealed that consensual rough sex resulted in very few injuries for men or women, the most common being minor injuries such as scratches and bruises.

The participants engaged in rough sex 28.22 times a year on average and men tended to initiate it a bit more often than women.

Curiosity and the desire to try something new were cited as common triggers of rough sex but the researchers observed a difference between the male and female participants: Men were more likely to report triggers related to jealousy than women.

"Overall, rough sex appears to be a large recreational and mutually initiated behaviour that consists of mild forms of playful aggression and some mildly painful actions, said the study researchers.

Being separated from a sexual partner was the second most common trigger for rough sex, particularly for men.

"However, it also appears to have clear links to male sexual jealousy and sperm competition as well as increased sexual satisfaction and shorter latency to orgasm in women," the researchers wrote in their study," they added. (IANS)