Vaping may up oral infections and inflammation risk 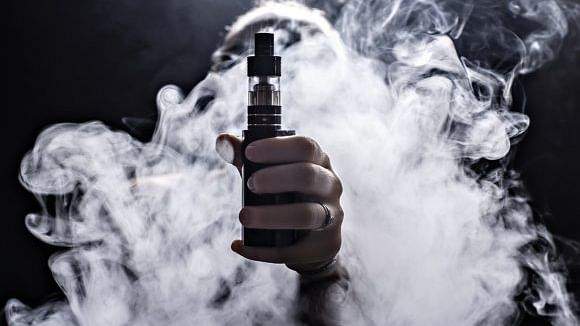 New York, Using e-cigarettes alters the mouth's microbiome -- the community of bacteria and other microorganisms -- and makes users more prone to inflammation and infection, researchers have found.

While vaping has quickly grown in popularity in recent years, a growing number of people are falling ill or dying from vaping-related illnesses, the study said.

"Our study suggests that vaping electronic cigarettes causes shifts in the oral environment and highly influences the colonisation of complex microbial biofilms, which raises the risk for oral inflammation and infection," said Indian-origin researcher and study co-author Deepak Saxena from the New York University in the US.

"Given the popularity of vaping, it is critical that we learn more about the effects of e-cigarette aerosols on the oral microbiome and host inflammatory responses in order to better understand the impact of vaping on human health," said co-senior author Xin Li.

For the study, published in the journal iScience, the research team examined e-cigarette vapour and its influence on the oral microbiome and immune health.

"The oral microbiome is of interest to us because research shows that changes in its microbial community as a result of environmental and host factors contribute to a range of health issues, including cavities, gum disease, halitosis, and medical conditions such as diabetes, cardiovascular disease, and cancers," Saxena said.

Through oral exams and saliva samples, the researchers studied the oral microbiome of 119 human participants from three groups: e-cigarette users, regular cigarette smokers, and those who had never smoked.

Gum disease or infection was significantly higher among cigarette smokers (72.5 per cent), followed by e-cigarette users (42.5 per cent) and non-smokers (28.2 per cent).

"The predominance of these periodontal pathogens in the mouths of e-cigarette users and traditional smokers is a reflection of compromised periodontal health," said Li.

Moreover, e-cigarette aerosols made cells prone to bacterial infection, which points to a greater risk for infection in e-cigarette users, the study said.  (IANS)