Why You Shouldn't Drink Coffee First Thing in The Morning 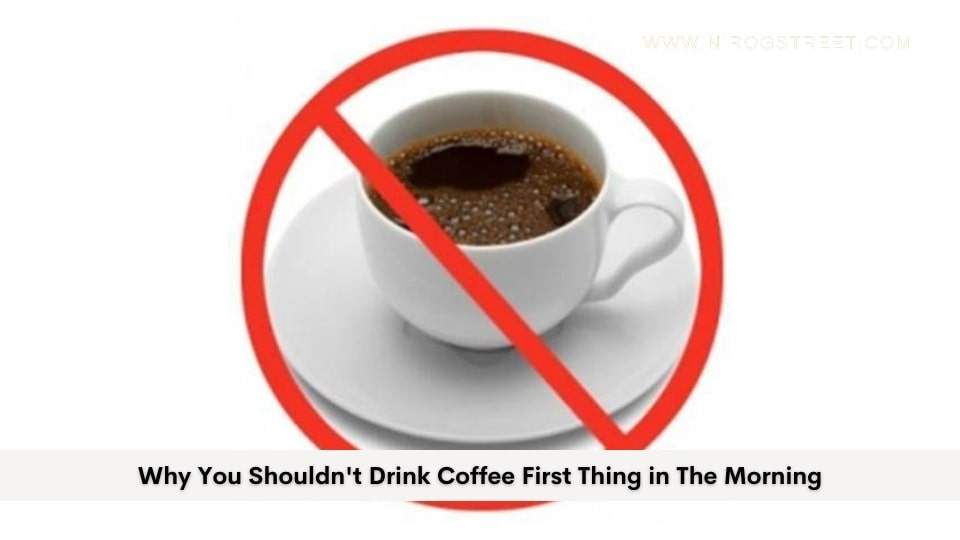 There are crores of people all over the world who start their day with 1 cup of coffee as soon as they open their eyes in the morning.

Some people have such a habit of drinking coffee in the morning that they cannot even imagine their day without drinking coffee. But the advice of experts is that you should change this habit immediately and consume caffeine after breakfast instead of having an empty stomach in the morning.

You should take care of this especially when you have not been able to sleep well all night. According to the new study, if you consume coffee as soon as you wake up in the morning after a bad sleep at night, it worsens both your blood sugar control and metabolism.

Risk of Type 2 Diabetes by Drinking Coffee Before Breakfast
According to experts, if a person consumes coffee on an empty stomach on a regular basis before having breakfast in the morning, then in the later years, he is at increased risk of developing type 2 diabetes.

Researchers at the University of Bath in the UK found that to examine the effect of poor nighttime sleep and morning coffee on different metabolic markers, one night of poor sleep has a limited effect on metabolism, but in the morning Drinking coffee on an empty stomach can have a negative effect on blood glucose control.

The Study Included 29 Fully Healthy Women and Men
Given the importance of reducing the risk of diseases such as diabetes and heart disease, and keeping your blood sugar level within safe limits, researchers believe these results of the study may have health implications.

The study, published in the British Journal of Nutrition, included 29 perfectly healthy women and men who had to undergo 3 different overnight experiences in random order.

Strong Coffee is Given in The Morning After Normal Sleep and Interrupted Sleep
In the first two scenarios, participants were given a drink of sugary beverages upon waking in the morning — one in the first after a night of normal overnight sleep and the next after a poor overnight sleep.

During this night, he was being awakened for five minutes every 1 hour. In the third, his sleep was uniformly interrupted but during this time he was given a strong black coffee drink for 30 minutes before being fed a sugary beverage.

50% Increase in Blood Glucose by Drinking Coffee Before Breakfast
During each experiment, sugar-containing glucose drinks contained the same calories as a typical or typical breakfast, and participants' blood samples were taken after drinking this drink.

Results showed that one night of obstructed sleep did not importantly depolarize the participants’ blood glucose responses during the breakfast compared to a normal night's sleep.

However, due to drinking strong black coffee before breakfast in the morning a pattern that a large number of coffee drinkers follow the blood glucose response increased by nearly 50 percent.

We know that about half of us are the ones who will wake up in the morning and drink coffee on an empty stomach, before doing anything - said Professor James Bates, co-director of the Center for Nutrition, Exercise and Metabolism at the University of Bath.

Naturally, the more tired we feel, the stronger our coffee is. This study is important and its health-related relationship is far-reaching because until now we had limited knowledge about what drinking coffee on an empty stomach is doing to our bodies, especially with our metabolic and blood sugar control.

Simply put, if the first thing that our body comes in contact with on an empty stomach in the morning is coffee, especially after poor sleep or interrupted sleep at night, it worsens our body's blood sugar control.

If we want, we can improve our habit and for this, we have to have breakfast first in the morning i.e. something to eat first and then drink coffee, if you feel that you still need coffee then eat something first. And then drink coffee. It is important for all of us to know that doing so can bring health benefits.

We also need to learn more about what sleep affects our metabolism, such as how much sleep disturbances must occur for our metabolism to worsen and what some of its long-term effects may be, as well Also, can exercising help combat this problem to some extent?

This content loaded with suggestions provides casual information only. It is in no way a replacement for a qualified medical opinion. Always talk with an Ayurveda doctor for more queries.

Skincare Tips for New Mothers and Their Babies

Turn to The Humble Coconut for Skin Care

Replace Plastic Dishes and Utensils With Steel, Glass or Copper

For Heart Health, Monitor These 5 Symptoms