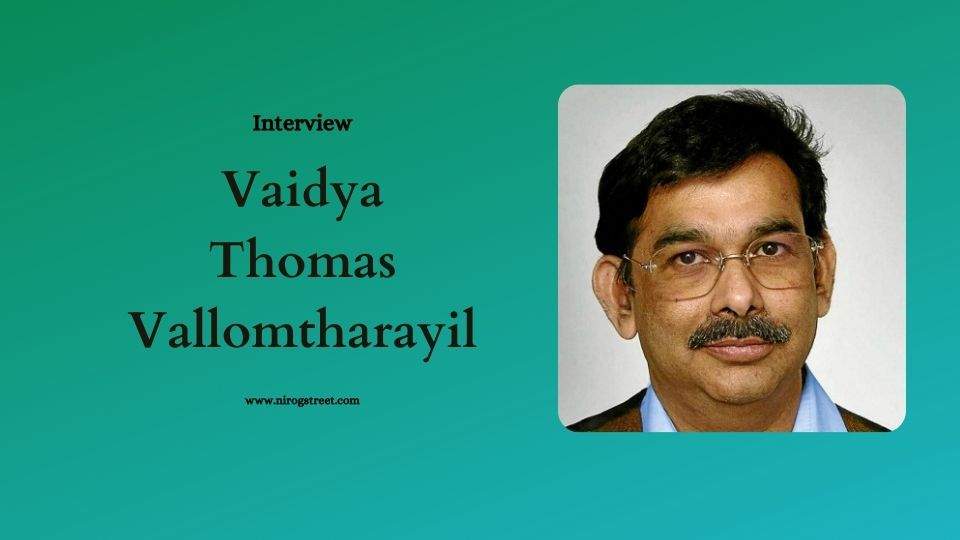 In conversation with Mr. Thomas Vallomtharayil

The era of integrated medicine has already dawned upon the healthcare industry and Ayurveda is slated to become one of the key contributors to this new age of wellness. the international arogya 2017 event echoed this during the first week of December in which a large number of delegates from across the globe participated with an enthusiastic spirit. Thomas Vallomtharayil too took part in the event to showcase the progress Ayurveda is making in the advanced countries, especially Europe, in treatment and research.

Mr. Vallomtharayil is the chief executive officer at the medical park at ruhr valley, Germany. he is also the managing director of vallo med health care gmbh. he is associated with the charitable institution European institute of personalized and integrated health care.

Scientific research on involving Ayurveda in modern treatment and advancement of herbology are the two important facets in integrated medicine. Mr. Vallomtharayil told Nirogstreet that technology is going to play a crucial role in determining the accessibility of integrated medicine to the people. he said that breakthroughs are being made that will define the relevance and efficacy of Ayurveda medicine in modern times.

He shed more light on this by an example: “the onset of cancer takes place in different stages. it is only in the fourth or fifth stage that we are able to diagnose a patient for the precise cause, that is to say, we diagnose cancer only in the later stages when it is already a bit late for the person. what if we are able to pin down the ailment even before it has deepened its roots to the advanced stages?”

Mr. Thomas Vallomtharayil spoke of the researches in which he too is engaged. he said that scientific efforts are being conducted on biomarkers with the help of the postulations in Ayurveda. a careful study would analyze several biomarkers to find a pattern and the correlation would lead us to the concrete answers we have long been seeking. He said that a factor as common as stress can be an early sign for a range of diseases, such as kidney failure, diabetes, or cancer.

The methodology to determine the causation factors through biomarkers is a unique approach so far. it will help predict the changes in cells in all the different stages of the disease and the count itself will have its advantage. instead of a post-disease treatment, the approach would help control the problem and even warn the patient in case the disease moves to the next stage.

Mr. Vallomtharayil hopes that the governments and experts of Germany and India would work together toward this objective of wellness and health that Ayush programs seek to accomplish. discussing the challenges and plans with nirogstreet, he also brought forth the issue of manual diagnosis and research that is in use by traditional practitioners as well as research facilities. he said that his center is in keeping a tab on the development of touch-modeled devices that would be able to carry the nadi parikshan, constitution (Prakriti) analysis, etc.

Just at the slightest contact. such point-of-care devices will ease the trouble for the experts, especially in remote and hilly areas, where bulky lab equipment and heavy devices cannot be carried everywhere. He added that a typical lab machine costs 300,000 euros in Europe. the cost per patient with all the charges comes to 1,500 euros for an average patient. “with these handheld devices, the cost per patient would come down to just 50 euros and I have seen one such prototype that can diagnose malaria immediately, there are mobile medical devices that have been used to ascertain ebola cases too.” he spoke.

Cancer is a big threat today and modern medicine is still puzzled by this disease to a large extent. Mr. Vallomtharayil sees Ayurveda as the new hope for cancer patients. he told us that chemotherapy as a choice not only risky but also puts the patient’s health at much more stake. He argues that more than 50,000 euros are spent by a cancer patient on their chemo treatment. With integrated medicine, the costs can be brought down to as low as 700 euros which are not just far less expensive but counter the side effects too.

How integrated medicine evolves in the coming years is yet to be seen, but it is certain that Ayurveda and its preventive approach can bring a huge turnaround for the ailing and increasingly unreliable modern healthcare system. the reward would be a healthy society.