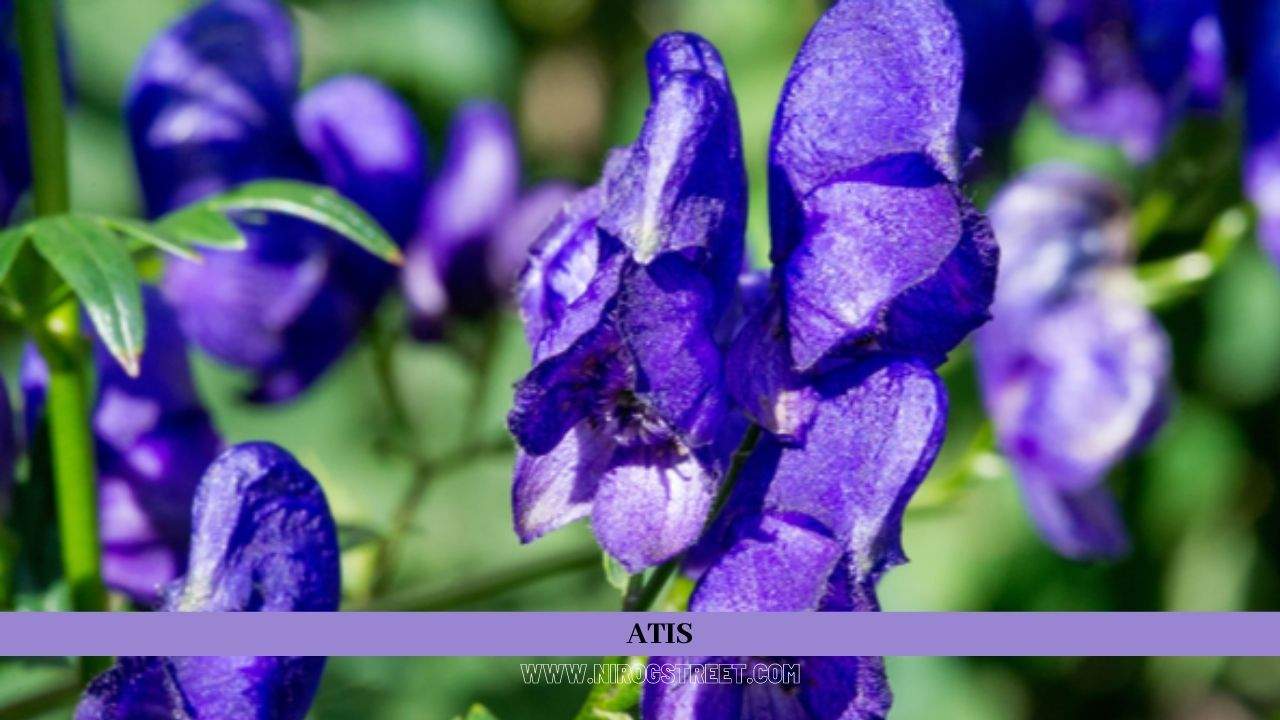 Atis or Aconitum heterophyllum (A. Heterophyllum) is an ayurvedic medicinal plant used as the main ingredient in various formulations mentioned in the Ayurvedic Formulary of India. Aconitum species are also used as major components in Chinese and Bhutanese herbal medicines. This plant is also known in Indian English as atees and atis root, in Sanskrit as ativisha, shuklakanda, aruna, and vishada, in Urdu as atees, in Hindi as atis and atvika, in Bengali as ataish, in Telugu as ati vasa, in Guajarati as ativakhani, in Marathi as ativish, in Kannada as ati-vishsa, in Malayalam as ati-vidayam, and Panjabi as atis.

The atis plant falls under the plant Kingdom, ‘Magnoliophyta' division, and belongs to the Ranunculaceae family and the Aconitum genus. About 300 species of the atis plant are found worldwide, of which 24 species are found in India. Medicinal A. Heterophyllum consists of dried and tuberous roots of A. Heterophyllum Wall. ex. Royle is a perennial herb that is native to the western Himalayas and found in Kashmir, Uttarakhand, Sikkim, and Nepal at altitudes between 2,500 and 4,000 m. Most of the species are highly toxic and also known as the Queen of all poisons, with several species having been used, and still being used, on the hunting spike tips. Thus, this plant must be handled with utmost care.

The atis plant is reported to have antidiarrheal, expectorant, diuretic, hepatoprotective, antipyretic and analgesic, antioxidant, alexipharmic, anodyne, anti-atrabilious, anti-flatulent, anti-periodic, anti-phlegmatic, and carminative properties; furthermore, it can be used to treat patients with severe reproductive disorders.

Atis, also known as Ativisha in Sanskrit, is a tall herb that is mainly grown in the Himalayan region. It grows up to a height of 2000 feet above sea level. It is known to be a characteristic species of Nepal, Chumbi is and Sikkim. The herb roots are the main source of alkaloids obtained, such as aconitine, atisine, heterophylin, heterophyllisin, etc. The herb's roots are paired, and tuberous are either white or grey. It has a branched stem, but sometimes it can also be simple and grows to a height of 15 to 20 centimeters. Its leaves are “heteromorophous” and “glabrous," and the flower which it wields usually occurs as an inflorescence, which may be white or violet. The seeds are pyramidal, blackish, or brownish.

Atis is quite helpful in maintaining the body's digestive system due to its carminative property. It also helps in managing diarrhea, as it can inhibit the growth of pathogenic microorganisms. This is mainly because the herb possesses an antibacterial property. Atis also helps manage weight loss because it can lower the levels of triglycerides and increase HDL levels- cholesterol, which is considered the "good cholesterol." As per Ayurveda, it helps manage various diabetes symptoms because of its Tikta (bitter) and Kapha balancing properties. When atis powder is consumed with honey, it helps to manage cough and cold due to its Ushna (hot) nature and removes the mucus which has been accumulated. The topical application of Atis seeds with honey provides relief for throat infections and tonsilitis, and the roots of Atis can be inhaled for managing severe headaches or migraines.

In some cases, Atis can also help in managing nausea, periodic fever, piles, or dryness of the mouth. However, consumption of atis in large quantities might cause constipation.

To cultivate the atis plant, a suitable altitude of 2400-3600 m above sea level is needed. The plant is mostly found in sub-alpine and alpine regions of the Himalayas. The plant is needed to be cultivated in moist soil, and the rainfall required for the cultivation of natural and transplanted population of this plant is 664.2 to 1485.7 mm. the plants are usually grown from seeds and tuberous roots, and the seeds are collected and germinated at the beginning of spring. Most of the time, one or two daughter tubes are produced by the end of the growing season. The daughter tubes are collected during autumn after the aerial shoots have deteriorated with age and are replanted in the spring. The new plants will produce leafy shoots during their first year of growth, and the cultivated plants will produce flowers during its second year of growth.

PRECAUTIONS TO TAKE WHILE USING ATIS

Advice from experts – the atis plant may be toxic when it is consumed in its raw form. Therefore, you must consult with your healthcare professional about how to consume this plant, in what manner and dosage properly.

The atis plant is available in the market in oil, extract, and powder.

The atis plant should be stored at room temperature and in such a place where it is not exposed to direct sunlight, moisture, and heat. The stored plant is also advised to be kept away from the reach of children and pets.

Cervical lymphadenitis is the condition in which the cervical lymph nodes swell up because of an infection in the upper respiratory tract. This kind of ailment can also prove to be fatal. The atis root powder constitutes an anti-inflammatory property, and if taken orally, the inflammation subsides. The juice which is extracted from the atis plat’s roots can be consumed with milk. This is highly recommended for the management of respiratory diseases as it acts as an expectorant.

Although the plant comes from a family of toxic plants, it has been shown to subside other poison effects. The plant is also said to have various medicinal properties, and it is highly recommended that it is first consulted with a healthcare professional or an expert before deciding to consume this plant.

Yes, the atis plant can help to manage unnecessary fats in the body because of its deepana property, which is also known as its appetizer property, and pachana, also known as its digestive property. Fats are usually accumulated in the body due to poor digestion, and they are stored in the form of toxins or Ama. The atis plant greatly helps in improving digestion and prevents the formation and accumulation of fats in the body. Therefore, adding to weight loss.

Urinary burning is the pain that is felt when the urine is being expelled from the bladder. The seeds found in the atis plant and the decoction of its roots can greatly contribute to managing the burning sensation in the urinary tracts. This is mainly due to its diuretic property, which exists in the plant. This also increases the frequency and volume of the urine, thus, reducing the burning sensation.