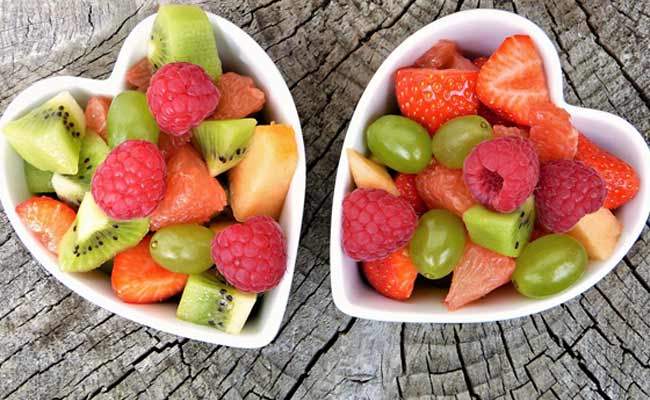 New York - A healthy diet, rich in fruits and vegetables is known to benefit the human body in so many ways, as now researchers have found that it may also play a role in lessening various menopause symptoms.

Although hormone therapy has been proven to be an acceptable method for treatment of menopause-related symptoms for many women, the search for nonpharmacologic treatment options is ongoing, especially for women with certain risk factors and those who are not candidates for hormone therapy.

Specifically, there has been a focus on identifying modifiable lifestyle factors that might prevent or alleviate menopause symptoms, said the study, published in the Menopause: The Journal of the North American Menopause Society.

"This small cross-sectional study provides some preliminary evidence regarding the influence of fruit and vegetable intake on menopause symptoms," said study researcher Stephanie Faubion from The North American Menopause Society (NAMS) in the US.

NAMS is North America's leading nonprofit organisation dedicated to promoting the health and quality of life of all women during midlife and beyond through an understanding of menopause and healthy aging.

According to the researchers, previous studies have suggested that dietary factors may play a critical role in estrogen production, metabolism, and consequently, menopause symptoms.

In particular, the consumption of fruits or a Mediterranean-style diet, characterised by a high content of vegetables, fruits, cereals, and nuts, was linked to fewer menopause symptoms and complaints.

This new study goes a step further in looking at specific fruits and vegetables and their effects on various menopause symptoms.

The study found that 'an apple a day might help keep menopause symptoms away'.

Researchers concluded that, although some subgroups of fruits and vegetables had an inverse association with menopause symptoms, a higher intake of other subgroups appeared to be associated with more urogenital problems.

"There is ample evidence that a healthy diet rich in fruits and vegetables has a beneficial effect on health in a myriad of ways, but additional study is needed to determine whether various menopause symptoms may be affected by dietary choices," Faubion said.