Inside The Extraordinary Mind Of Dr. Ramniwas Prasher

Ayurveda journey with Dr. Ramniwas Prasher
Founder of Vedanta Ayurveda, an organization dedicated to the treatment of chronic diseases, Dr. Ramniwas Prasher is one of the few recognized practitioners in Ayurveda known for their expertise and enterprise. His passion for Ayurveda and the commitment to treating the most challenging problems, such as diabetes and cancer, can inspire any young Ayurveda doctor any given day. He conducts highly specialized workshops and training sessions, contributing just more to Ayurveda and wellbeing every year. 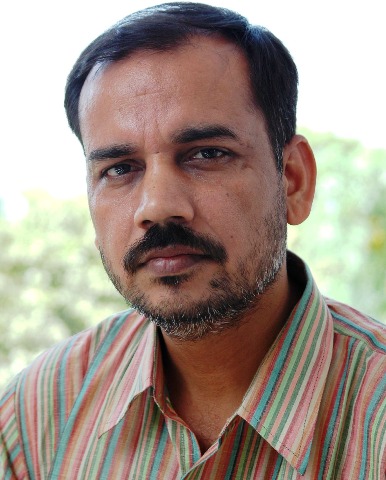 Practicing Ayurveda
A significant name in Ayurveda medicine, Dr. Ramniwas Prasher has been treating patients for over 20 years now. He has treated as many as 38,000 patients for various Chronic Disorders. A firm believer in ayurvedic science, Dr. Prasher states that the human body is not just a combination of cells and organs, but rather a coherent system of body, mind, senses, and the soul. He explains that the treatment approach in Ayurveda is absolutely personal as it is based on the Prakriti and Agni of the patient as well as on the state and nature of the disease, a concept that cannot be found in the modern medicine. His insights on Ayurveda methodology are remarkable and it shows in the high satisfaction rate of his patients.

Ayurveda as a composite answer to diseases unresolved by modern medicine
Since Ayurveda takes into account the person as well as the disease, it can prove to be the most important medical science. Originating thousands of years back and still highly relevant and effective against the various chronic ailments caused by lifestyle imbalance and unhealthy diet, Ayurveda can lead the way to a healthier society. Nirogstreet is committed toward working in the same direction, bringing Ayurvedic medicine and practices into the mainstream.

Imagining the future of Ayurveda and the role of technology
According to Dr. Prasher, further ground research in Ayurveda can prove to be highly advantageous in creating breakthroughs in traditional medicines. Root-level case studies, as well as the Better formulation of medicines based on the principles of Ayurveda, infrastructural training, and general awareness through the means of technology, can contribute to advancing Ayurveda. As Nirogstreet leverages technology and dedicated toward establishing Ayurveda as the first call of treatment for the people, such a vision is part of its objectives.

[Dr. Ramniwas Prasher has done his B.A.M.S. (Bachelor in Ayurvedic Medicine and Surgery) from the Kurukshetra University. He is earned his M.D. (Doctor of medicine) from IPGT & RA (Institute for Post Graduate Teaching and Research in Ayurveda) of the Gujarat Ayurved University, Jamnagar. He was decorated with the prestigious Dhanwantary award by AIIMGA in the year 2011.]