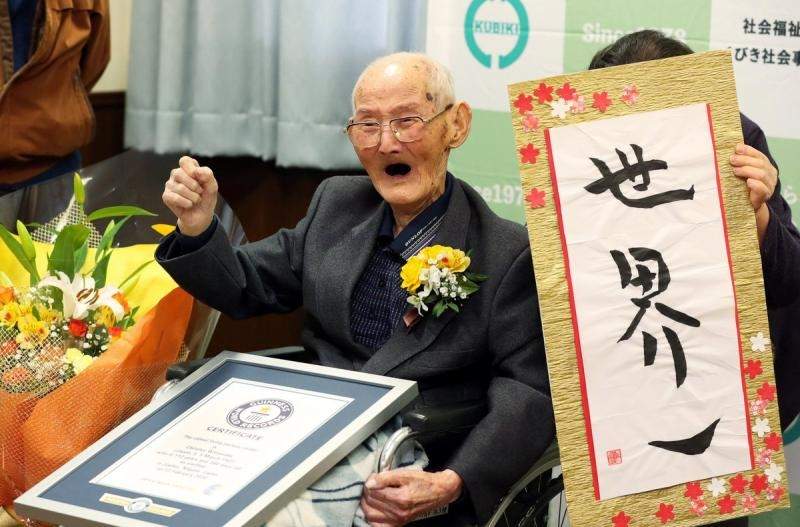 Tokyo, Feb 25. Japan's Chitetsu Watanabe, recognized at 112 years as the oldest man in the world, has passed away 11 days after he received the Guinness World Record certificate, his family said on Tuesday.

He received the official certificate on February 12 at a nursing home in Joetsu in Niigata prefecture, where he resided.

Soon after being certified as the oldest man, he began to experience a lack of appetite and respiratory problems, the wife of his eldest son told public broadcaster NHK.

Born on March 5, 1907 in a family of farmers, Watanabe moved at the age of 20 to Taiwan, where he worked at a sugar refinery for 18 years before returning to Japan after the end of World War II.

A fan of calligraphy, custard and ice cream, Watanabe told the Guinness team that the key to his long life was laughter.

He was recognized as the oldest male in the world following the deaths in 2019 of German Gustav Gerneth (in October), aged 114 years, and Japan's Masazo Nonaka (in January), at the age of 113, three months older than the German.

It remains to be seen who will be recognized after the death of Watanabe, the only male on the list drawn up by the Gerontology Research Group of the 30 oldest people in the world.

Japan has among the highest life expectancy in the world and the number of centenarians in the country has crossed 71,000, according to the latest government figures.

Since 2000, the number of centenarians censored has quintupled, raising concern for the economic outlook and future workforce of the country - where the birthrate is on a downward trend.