Nirogstreet held a commemorative public reception on Saturday, Feb 24, at the Indian social institute (New Delhi) to felicitate Prof. Dr. Tanuja Nesari on her appointment to All India Institute of Ayurveda (AIIA) as the new director. She has been appointed for a term of five years. AIIA is a newly formed apex Institute of Ayurveda in the country.

Padma Bhushan Vaidya Devendra Triguna also attended the congratulatory ceremony and called for elaborate and continuous Government efforts for the expanding the reach and awareness of Ayurveda at a large scale. He remarked that there are high expectations from AIIA and hoped that Prof. Nesari would play a crucial role in this with her dedication and acumen. He said that AIIA has several milestones to cross and it should be done at a fast pace. Vd. Triguna agreed that the students and young practitioners need to be passionate about Ayurveda and become more instrumental in its advancement as the primary medicine system. He also applauded efforts being made by Nirogstreet to make Ayurveda the first call of treatment for the people.

Prof. Tanuja Nesari addressed the audience and stressed on the need to make great strides in making Ayurveda the mainstream choice of health care. She urged the Ayurveda community to be actively engaged and presented the highlights of the vision and objectives upon which AIIA was founded. She also spoke about the challenges that have to be resolved in order to bring Ayurveda into the modern mainstream society.

Prof. Nesari too appreciated Nirogstreet for the dedication and commitment toward creating a strong-knit, knowledge-based community of Ayurveda practitioners and students. Commenting on her appointment, she said that her new role has added more responsibilities on her shoulders and she would always be committed to the cause of Ayurveda. 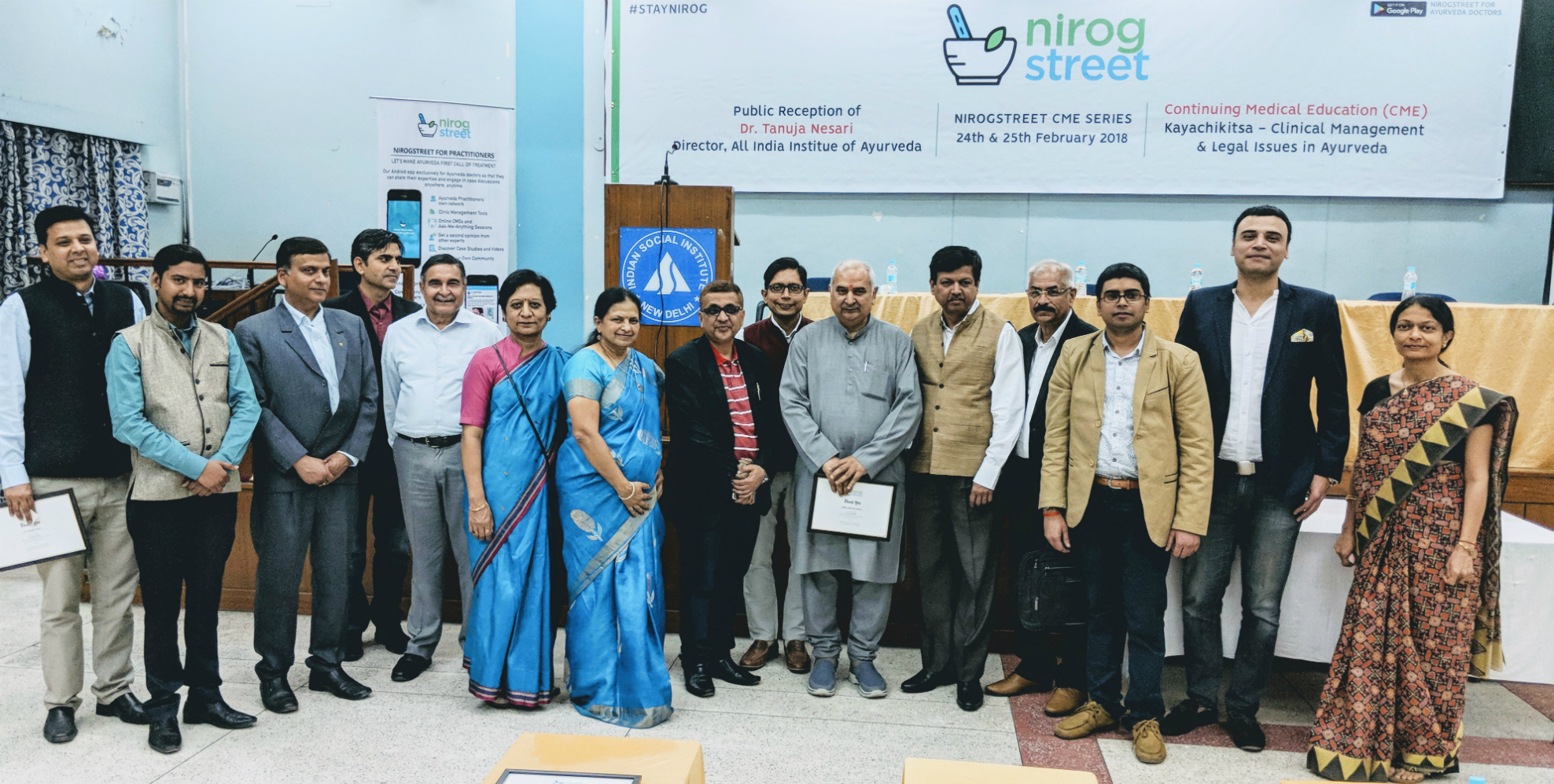 NirogStreet Live on Complication of Diabetes & its Management through Ayurveda

An Introduction to Healing world of Marma Science