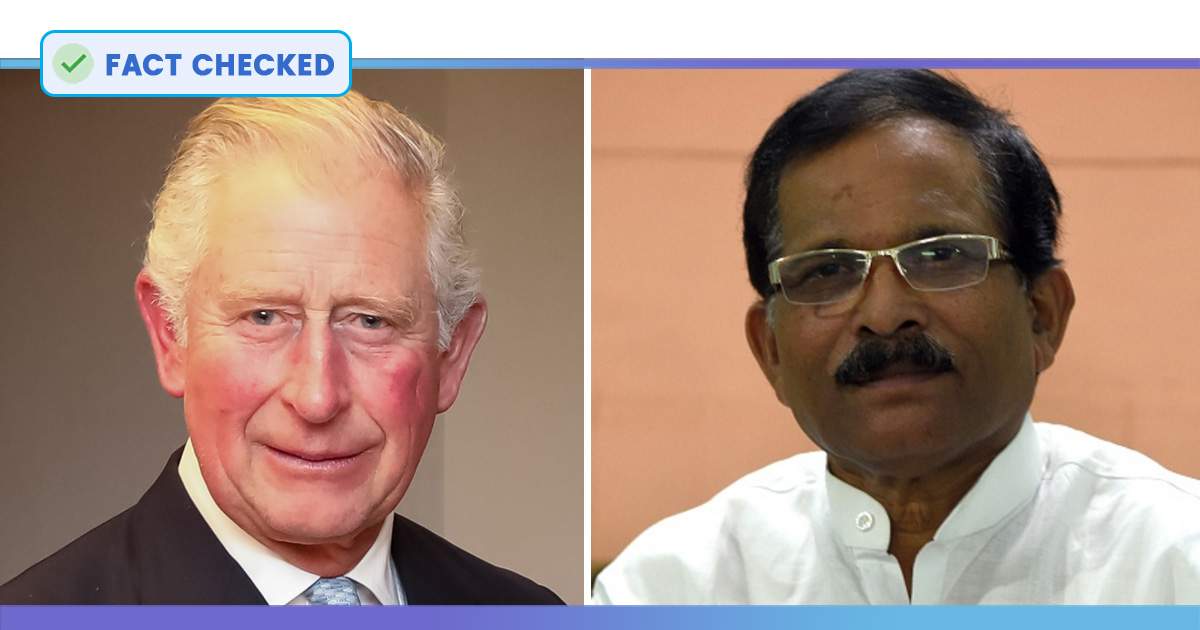 Panaji- British Crown Prince Charles has been "101 per cent" cured of COVID-19 using Ayurveda and Homeopathy treatment, Union Minister of State for AYUSH Shripad Naik has insisted, claiming the reason why the Prince's office may have denied acknowledging the cure, is because England does not formally recognise Ayurveda, as a medical science.

"I am proud that the Ministry which I head, managed to cure such a great man, there is no greater credit than this. He may have some problem (admitting to it) because the system in his country does not give recognition to Ayurveda. He may have felt he would violate rules, that is why his refusal to admit is obvious," Naik told a local cable news channel in an interview late on Monday .

"I believe 101 per cent, that he has been cured (using Ayurveda and Homeopathy)," Naik also said.

On April 2, Naik had told a press conference in Goa, that Prince Charles had been cured of COVID-19 after seeking treatment from a Bengaluru-based alternative treatment resort, SOUKYA International Holistic Health Centre' run by a doctor Isaac Mathai.

A day after his statement, Clarence House, the official residence of Prince Charles had said that the claim was incorrect, and that the royal "followed the medical advice of the National Health Service in the UK and nothing more". The royal had been diagnosed COVID-19 positive last month.

Naik in the cable TV interview on Monday, continued to insist that Ayurveda and Homeopathy had indeed cured the Prince and that it was a "victory" for Indian traditional medicine systems. Naik also said that there was no need to disbelieve the doctor Isaac Mathai, who cured Prince Charles.

"The man (Dr. Mathai) himself is saying this. He is a doctor, an owner of a resort, he is trustworthy, when he says this, it is a victory of our Indian system," Naik said. --IANS