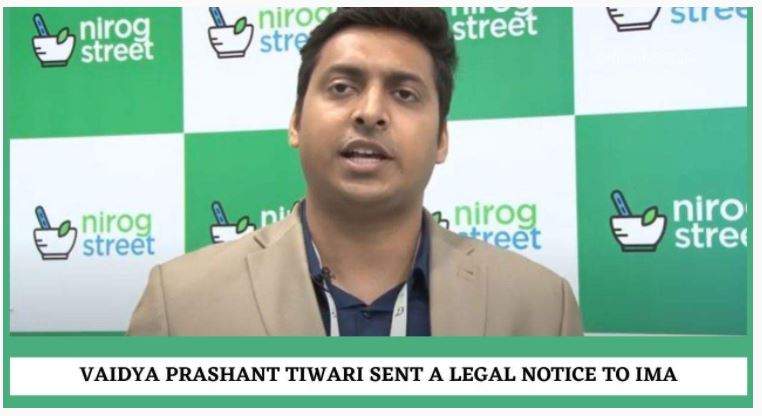 The problem related to an official notification the Health Ministry had issued in October, which greenlit protocol for the clinical management of COVID-19, that listed dietary measures, ayurvedic herbs, and yoga and formulations — such as Ashwagandha and AYUSH-64 for a stopover of coronavirus infection and cure of mild and asymptomatic cases.

This statement by the IMA seems to have irked the Ayurveda practitioner, as he has stated in his legal notice that the IMA’s “uninformed defamatory allegations” against the AYUSH system of medicine were an intentional and intentional attempt to cause loss of goodwill and reputation to the AYUSH Institutions and the practitioners.

The petitioner has also condemned the IMA as eager to “malign the AYUSH method of treatment and the practitioners thereof and to create a vide spread disbelief in the mind of the public at large against the Indian Medicine and their practitioners.”

“The said the careless, false, defamatory and misleading statement made by you the addressees with the intent to the reason of disbelief against the Indian medicine system in the minds of the public and large has led to cause a huge slander to the AYUSH medicines and the practitioners who have been fighting hand in hand through the present COVID-19 pandemic,” the petitioner has also written in the legal notice, demanding a public apology from the IMA, failing which he would initiate legal action against the body.