Ayurveda is not just an alternative but a key basis of country’s health: PM 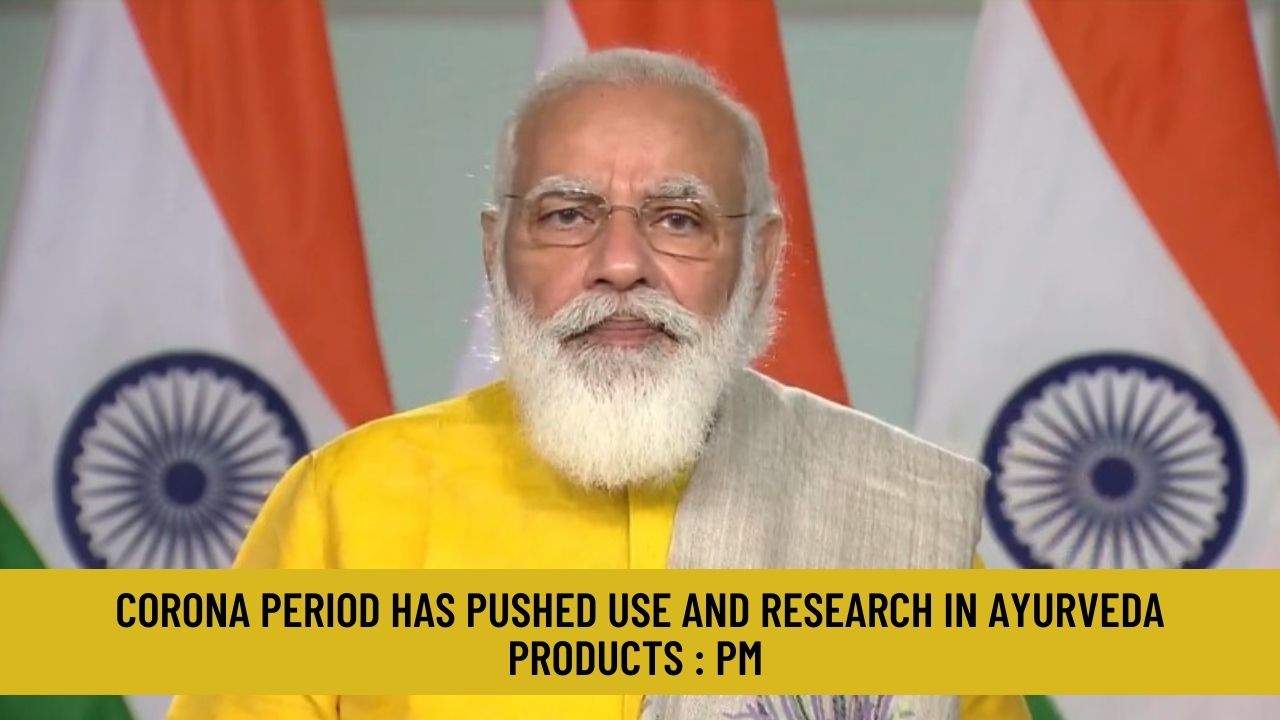 The Prime Minister, Shri Narendra Modi dedicated two future-ready Ayurveda institutions to the nation on the 5th Ayurveda Day today via video conferencing. These are the Institute of Teaching & Research in Ayurveda (ITRA), Jamnagar and the National Institute of Ayurveda (NIA), Jaipur. Both the Institutes are premier institutions of Ayurveda in the country. The former has been conferred the status of an Institution of National Importance (INI) by an Act of the Parliament, and the latter is an Institution Deemed to be University by the University Grants Commission. The Ministry of AYUSH, since 2016, has been observing ‘Ayurveda Day’ every year on the occasion of Dhanwantari Jayanti (Dhanteras).

Director General of World Health Dr Tedros Adhanom Ghebreyesus gave a video message on the occasion and praised the Prime Minister’s commitment to the universal coverage under Ayushman Bharat and evidence-based promotion of traditional medicines to achieve health related objectives. The Prime Minister thanked WHO and the DG for choosing India for the Global Centre of Traditional medicine. He said that Ayurveda is an Indian heritage and it is a matter of happiness that India's traditional knowledge is enriching other countries also.

Shri Modi stressed the need to bring the ayurveda knowledge out of books, scriptures and home remedies and develop this ancient knowledge as per modern needs. he remarked that new research is being done in the country by combining the information received from the modern science of the 21st century with our ancient medical knowledge. Three years ago, the All India Ayurvedic Institute was established here. Ayurveda is not just an alternative today but is one of the key basis of the country's health policy, The Prime Minister said.

Shri Modi informed that work is on to develop the National Sowa-Rigpa Institute for research and other studies related to Sowa-Rigpa in Leh. Today, the two institutions in Gujarat and Rajasthan which have been upgraded are also an extension of this development.

Congratulating the two institutes for their upgradation, the Prime Minister pointed out that they have more responsibility now and hoped that they will prepare Ayurveda syllabus which meets the international standard. He also called upon the Education Ministry and UGC to find new avenues in disciplines like Ayurveda Physics and Ayurveda Chemistry. He also called upon the startups and private sector to study the global trends and demands and ensure their participation in the sector. The  National Commission of Indian System of Medicines and The National Commission of Homeopathy  were established by the Parliament this session and National Education Policy also promotes an integrated approach. The basic notion of this policy is that the knowledge of allopathic practices should be compulsory in the ayurvedic education.

The Prime Minister pointed out that during the Corona period the demand for Ayurvedic products has increased rapidly all over the world. He said Exports of Ayurvedic products increased by about 45 percent in September this year compared to the previous year. He added the significant increase in export of spices like turmeric, ginger, considered as immunity boosters, shows the sudden boost in confidence in Ayurvedic solutions and Indian spices in the world. He said now, in many countries, specialty drinks related to turmeric are also increasing and the world's prestigious medical journals are also seeing new hope in Ayurveda. He said during this Corona period, the focus was not only limited to the use of Ayurveda alone but used to advance research related to AYUSH in the country and the world.

The Prime Minister said today, on one hand, India is testing vaccines, on the other, it is also increasing international cooperation on Ayurvedic research to fight COVID. He pointed out that research is going on in more than a hundred places at this time including the All India Institute of Ayurveda in Delhi which has conducted research related to immunity on 80 thousand Delhi Police personnel. It may be the world's largest group study and there are encouraging results. A few more international trials are to be started in the coming days, he added.

The Prime Minister said today special emphasis is given on Ayurvedic medicines, herbs as well as nutritious foods that enhance immunity. He said today, farmers are being encouraged to increase production of coarse grains as well as organic products on the banks of Ganges and in the Himalayan regions. He added the Ministry of AYUSH is working on a comprehensive plan for India to contribute more and more in the wellness of the world, our exports should also increase and the income of our farmers should also increase. He pointed out that after the start of the COVID pandemic, the prices of Ayurvedic herbs like Ashwagandha, Giloy, Tulsi etc. have increased a lot. The price of Ashwagandha has more than doubled compared to last year and its direct benefit is reaching our farmers cultivating these herbs.

The Prime Minister urged the Ministry of Agriculture, the Ministry of AYUSH or other departments, to work together to increase awareness of the usefulness of many herbs available in India. He stressed that the development of the entire ecosystem related to Ayurveda will also promote tourism related to health and wellness in the country. He wished that the two institutions inaugurated today in Jamnagar and Jaipur will prove beneficial in this direction as well.

ITRA, Jamnagar: Recently created through an Act of Parliament, the Institute of Teaching and Research in Ayurveda (ITRA), is poised to emerge as a world class healthcare institution. ITRA has 12 Departments, three clinical laboratories and three research laboratories.  It is also a leader in research work in traditional medicine, and presently, it is conducting 33 research projects. ITRA has been formed by conglomerating the cluster of four Ayurveda Institutes at Gujarat Ayurveda University campus, Jamnagar. It is the first Institute in Ayush Sector having the Institution of National Importance (INI) status. With the upgraded status,  ITRA will have autonomy to upgrade the standard of Ayurveda education as it would offer courses as per modern, international standards.  Further, it will forge interdisciplinary collaborations to give a contemporary thrust to Ayurveda.

NIA, Jaipur: An Ayurveda institution with country wide repute, NIA got a shot in the arm with Deemed to be University (De novo Category) status. Inheritor of a 175-year legacy, NIA’s contribution to preserving, promoting and advancing authentic Ayurveda in the last few decades has been significant. Presently NIA possesses 14 different departments. The institute has a very good student teacher ratio with a total intake of 955 students and 75 faculties during 2019-20.  It runs numerous courses in Ayurveda ranging from certificate to doctoral level. With state-of-the-art lab facilities, NIA has also been a pioneer in research activities. At present, it conducts 54 different research projects.  With the conferring of Deemed to be University (De novo category), the National Institute is set to reach new heights by achieving highest standards in tertiary health care, education and research.