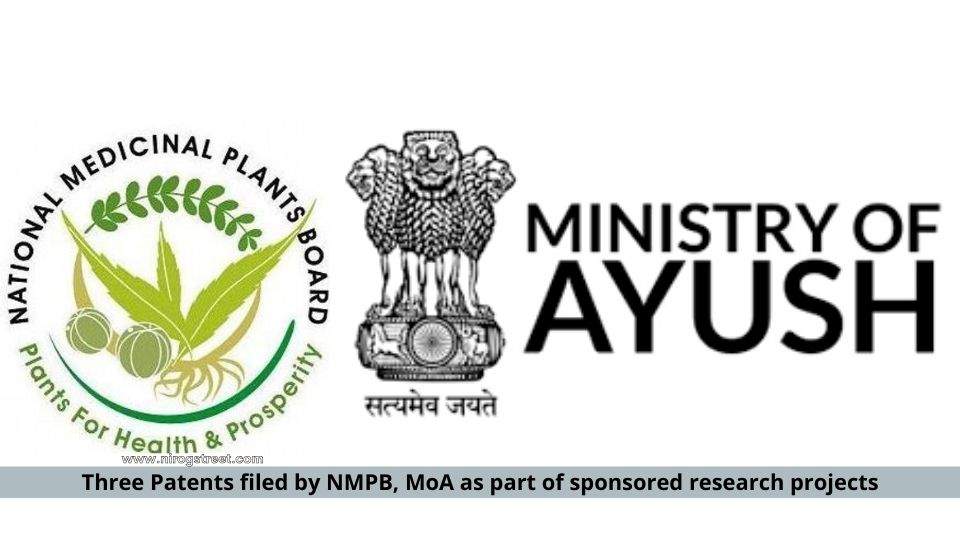 The National Medicinal Plants Board (NMPB), Ministry of AYUSH has initiated a special drive to identify the patentable projects which were / are sponsored under the ‘Research and Development Component’ of Central Sector Scheme (CSS) on “Conservation, Development and Sustainable Management of Medicinal Plants”. NMPB generally sponsors various R&D programs under CSS to both government as well as private organizations across the country.
Under these sponsored / financially supported research projects, NMPB so far identified three unique projects which are novel in nature and patentable. They are: (1.) Bio-production of secondary metabolites from Aegle marmelos which is commonly known as Bel (R&D/TN-04/2006-07); (2.) In vitro production of secondary metabolites from tree species of Dashmoola (10 roots used in Ayurveda) through hairy root cultures (R&D/TN-0112013-14-NMPB); and (3.) Development of anti-cancer and anti-inflammatory agents from Dioscoria floribunda (R&D/UP-04/2015-16). While the first two projects belong to the Institute of Forest Genetics and Tree Breeding (IFGTB), Coimbatore, the third project was carried out by Central Institute of Medicinal and Aromatic Plants (CIMAP), Lucknow. The CIMAP filed patent is titled as “A synergistic polyherbal formulation exhibiting potential cancer activity.”
The CEO-NMPB reiterated that this is just the humble beginning for NMPB’s team and will file more patents in the coming times. The Secretary, Ministry of AYUSH congratulated the NMPB team for filing three patent applications in collaboration with the partner organizations. (Source - PIB)
consult with ayurveda doctor.