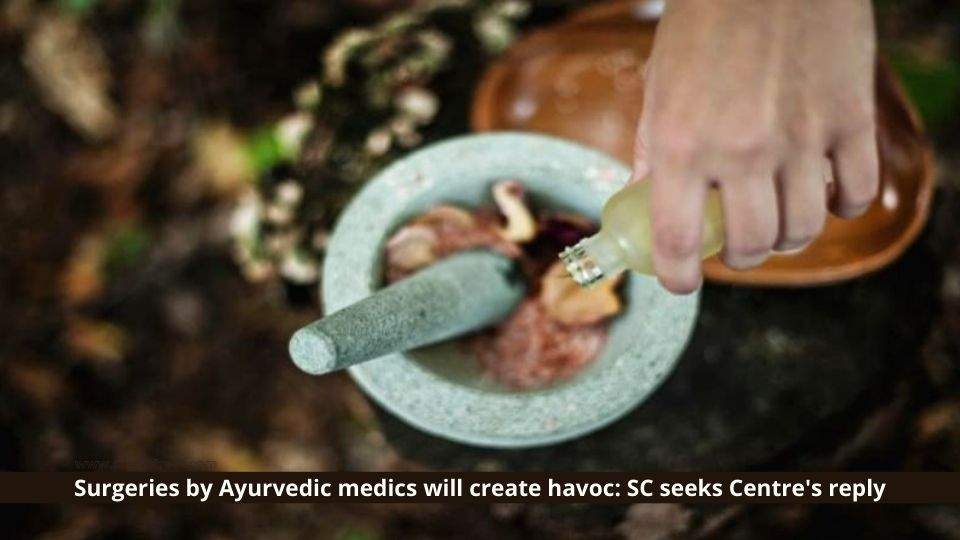 The Supreme Court on Monday issued a notice on a plea by the Indian Medical Association (IMA), demanding withdrawal of a Central Council of Indian Medicine (CCIM) notification that authorises postgraduate Ayurveda practitioners to be trained to perform general surgical procedures.

The IMA said this notification would result in creating havoc in the established system of medical care and treatment being provided to the citizens of the country.

A bench headed by Chief Justice S.A. Bobde and comprising Justices A.S. Bopanna and V. Ramasubramanian after a brief hearing in the matter sought response from the Centre.

"The CCIM has no power or jurisdiction to prescribe these Modern Surgical Procedures to be performed by the persons holding Post Graduate Ayurveda Degrees under the 1970 Act, which is confined to the system of Indian Medicine", said the plea.

"The impugned Regulations seek to illegally permit and legalise usurpation of the Modern Medicine system for the practitioners of Indian Medicine in a completely impermissible manner, which if allowed to be enforced, would result in creating a havoc in the established system of medical care and treatment being provided to the citizens of the country", said the IMA's plea filed through advocate Amarjeet Singh.

Senior advocate Maninder Singh, representing IMA, argued that the regulation will create havoc if Indian medicine practitioners are allowed to do surgeries without training.

Solicitor General Tushar Mehta, representing the Centre, said the government will file its response in the matter. The top court said it will hear the matter after four weeks and asked the parties to file their replies.

The IMA has argued that uninformed and hapless patients would be at the mercy of persons who do not have the knowledge, experience or training in performing complicated modern surgical procedures.

"The impugned Regulations present an extremely dangerous and critical situation where now, the attempt has been made by the CCIM to permit persons possessing qualifications under the Indian system of medicine to perform complicated modern surgical procedures which have a direct bearing on the health and right to life of millions of hapless patients," submitted the plea.

The IMA has argued that the CCIM has sought to permit practitioners of the Indian system of medicine to perform complicated modern surgical procedures, which is impermissible in law, beyond the powers and its jurisdiction. (Agency)