Nasya The Way To Brain Through Skull Base 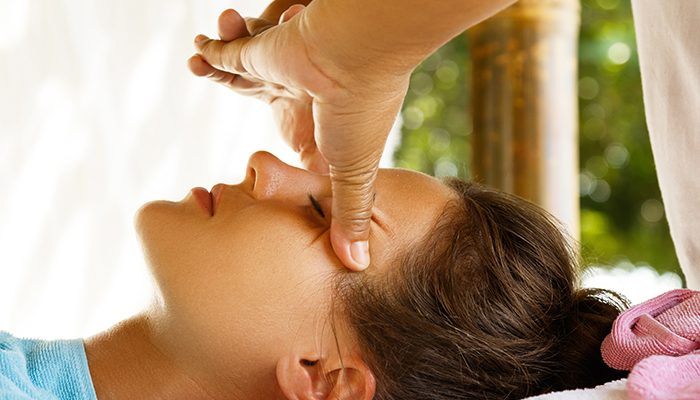 they say the way to ones heart goes through ones stomach. ayurveda say the way to your brain is through your nose!!!…… for the thousands of year ago the ayurveda termed the nose as the gateway to brain. with their amazingly accurate study of anatomy, the nose was considered as one of the important routes for medicine administration . nasya is being used in the diseases where the involvement and response of major nerves are expected, where the quickest absorption is needed. the nasal cavity is covered by a thin mucosa which is well vascularised. therefore, a drug molecule can be transferred quickly and directly to the systemic blood circulation. the first-pass hepatic and intestinal metabolism is bypassed. the effect is often achieved within 5 min for smaller drug molecules. nasal administration can therefore be used as an alternative to oral administration of for example tablets and capsules, if a fast effect is desired or if the drug is extensively degraded in the gut or liver. drugs which show poor absorptive can be given by this route.

in ayurveda the unique way of such administration is called as nasya. nasya was considered so important that the authors in ayurveda included it to be followed regularly in routine. it is described for the health of organs above the collar bone i.e. head neck and surroundings of head and neck. regular nasya of sesame oil, or cow ghee is advised.

can i do it at home myself ? yes, to maintain the health of head and neck region , you can practice it regularly at home too . while doing it at home, one can omit the above said first three steps. when you are doing it regularly at home the dose should be very less. using luke warm sesame oil or cow ghee is advised for all in the dose of 2 drops in each nostril every day, preferably morning before bath . how nasya benefits : the nasya works according to the properties of herbs that are used to prepare oil or ghrit . the vaat, kaf and pitta dosha are acted upon to balance and bring relief in disease. even the pitutray gland which is situated exactly adjacent to the sphenoid sinus is proved to show improved endocrine functions due to the nasya therapy. following are the benefits

the nasya should be done under strict guidance and observation of certified ayurved doctor when you are supposed to take it for health aliments or diseases. stay connected, ask question, share experiences stay healthy, stay blessed!!