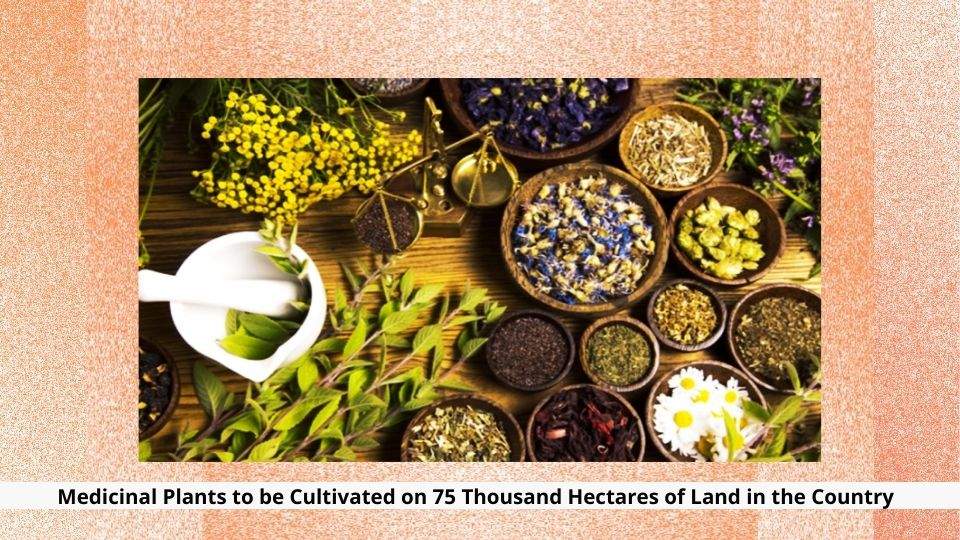 The National Medicinal Plants Board (NMPB), Ministry of AYUSH has launched a national campaign to promote the cultivation of medicinal plants in the country as part of the Azadi Ka Amrit Mahotsav. This will help in increasing the income of farmers and realize the dream of Green India. Under this campaign, cultivation of medicinal plants will be done on 75,000 hectares of land in the next one year across the country. The program has been started from Saharanpur in UP and Pune in Maharashtra. This program is second in the series of programs being organized by the Ministry of Ayush under the 'Azadi Ka Amrit Mahotsav'.

Dr. Sanwal said that “this effort will give more impetus to the supply of medicinal plants in the country”. A total of 7500 medicinal plants were distributed to 75 farmers on this occasion. A target has been set to distribute 75 thousand saplings.

In Saharanpur, Minister of State for Ayush, Government of Uttar Pradesh, Shri Dharam Singh Saini along with Research Officer of National Medicinal Plants Board (NMPB), Sunil Dutt, and officials of Ministry of Ayush also participated. The farmers cultivating medicinal plants were felicitated by Dharam Singh Saini, Minister of State for AYUSH, UP. Medicinal plants were distributed free of cost to 150 farmers who came from many nearby districts. These included mainly 5 species of plants - Night-flowering Jasmine (Parijat), Golden Apple (Bel), Margosa Tree (Neem), Indian Ginseng (Ashwagandha) and Indian Blackberry (Jamun). 750 Jamun saplings were separately distributed free of cost to the farmers.

Further programs being held under 'Azadi Ka Amrit Mahotsav' include launch of Y Break App, distribution of Prophylactic Ayush Drugs, 'Ayush Aapke Dwar' and lecture series for school and college students. The lecture series and webinar on Y Break app are to be organized on 5th September.
Read More► Ayurveda Has Potential to Address The Nutrition Requirement of Nation: Smriti Zubin Irani