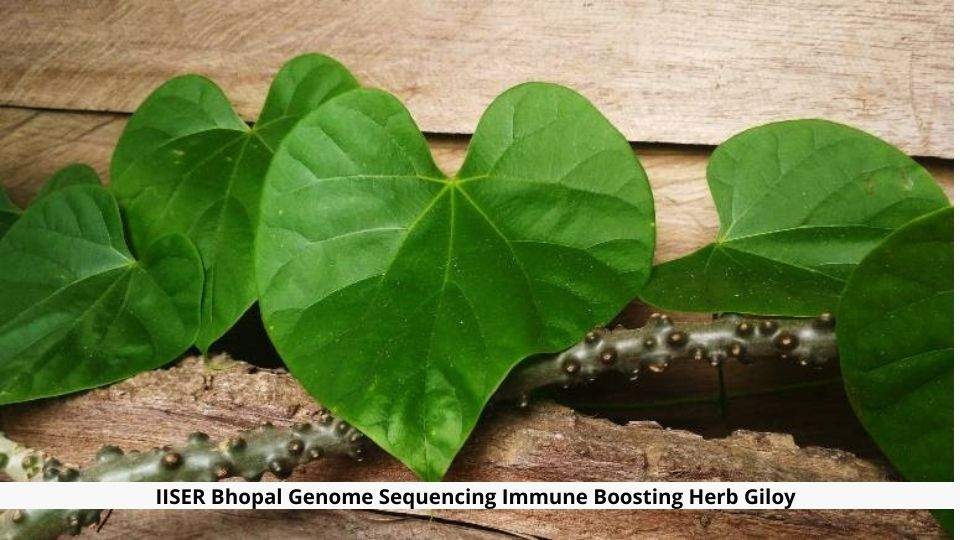 Scientists at the Indian Institute of Science Education and Research (IISER) here have sequenced the genome of giloy a plant with medicinal properties, which shot to fame during the ongoing Covid-19 pandemic.

Giloy or guduchi is a climber with heart-shaped leaves, has major applications in pharmaceuticals and ayurvedic formulations to treat various health conditions and was used widely during the pandemic to boost immunity.Giloy (Tinospora cordifolia) is the first species ever sequenced from the Menispermaceae plant family, which comprises more than 400 species having therapeutic values, the institute said in a statement on Monday.

The team performed a deep transcriptome sequencing of leaf tissue of the plant. The draft genome assembly had a size of 1.01 gigabase pairs and contained 19,474 coding gene sequences. The research is published in the preprint server bioRxiv.

"Giloy is considered as an important multipurpose medicinal plant in ayurvedic science. This plant came into the limelight due to its immunomodulatory and antiviral activity after the emergence of the Covid-19 pandemic. It has been used in various health conditions due to its immune-modulatory, antipyretic, anti-inflammatory, anti-diabetic, anti-microbial, anti-viral, anti-cancer properties, among others," said Shruti Mahajan, doctoral student at IISER Bhopal, in the statement.

Previous studies have shown that a compound from Giloy was reported to target the two proteases of SARS-CoV-2 virus namely Mpro and Spike proteases, and another compound was predicted to inhibit SARS-CoV-2 Mpro and also disrupts viral spike protein and host ACE-2 interaction. Treatment with giloy extract modulates the various pathways of the immune system for improved immunity.

Moreover, the usage of giloy is also recommended under ayurveda practice by the Ministry of AYUSH and the Ministry of Health and Family Welfare, in prophylactic care as well as therapeutic applications for all symptomatic or asymptomatic patients infected with Covid-19. It is also used in fever and diabetes.
Read More► Series of Lectures on Popularizing Benefits of Ayush System Among Students Launched