Cabinet Approves Change of Nomenclature & Mandate of NEIFM as NEIAFMR 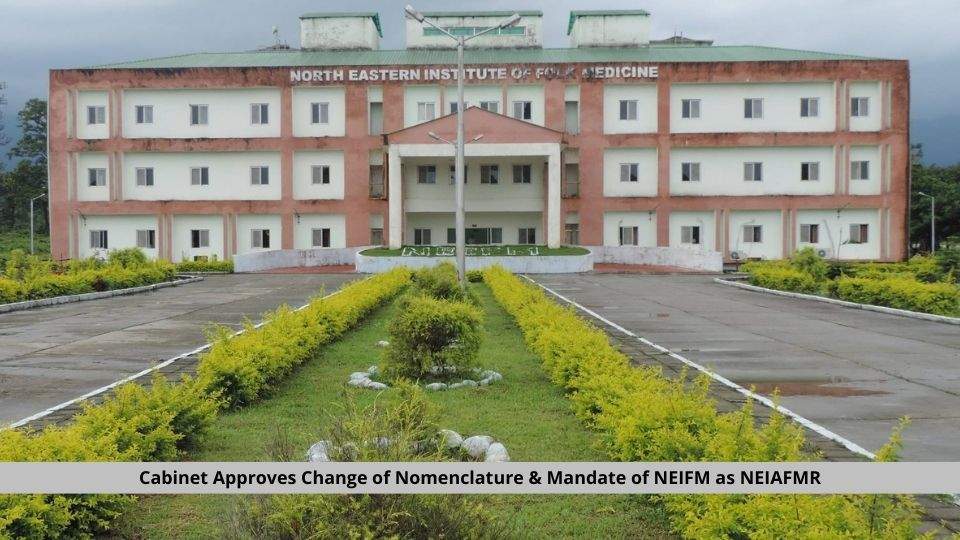 Impact: The inclusion of Ayurveda within the mandate of the Institute will be highly beneficial for the people of the North East region for imparting quality education and research in Ayurveda and Folk medicine. The institute will also provide opportunities for students of Ayurveda and Folk medicine not only in India but also the neighbouring countries such as Tibet, Bhutan, Mongolia, Nepal, China and other Central Asian countries.

Background: The NEIFM, Pasighat was established for systemic research, documentation and validation of traditional folk medicine and health practices of the region. The objectives for which the Institute was established include to function as an apex research centre for all aspects of Folk Medicine, to create an interface between traditional healers and scientific research, survey, documentation and validation of folk medicine practices, remedies and therapies for possible usage in public health care and future research etc.
Also, Read in Hindi► पूर्वोत्तर लोक चिकित्सा संस्थान अब पूर्वोत्तर आयुर्वेद और लोक चिकित्सा अनुसंधान संस्थान कहलायेगा

In a Significant Move, PCIM&H of India Joins Hands with American Herbal Pharmacopoeia, Signs an MoU

MoU Signed Between All India Institute of Ayurveda and Western Sydney University, Australia to Appoint an Academic Chair in Ayurveda