dr. snehalatha sn dornala is an ayurvedic practitioner with great acumen when it comes to complex diseases. she is a prolific researcher too. her commitment to ayurveda and wellness is something that can inspire the budding doctors for better. she is a specialist in mother and child health care and a significant contributor to the healthy, happy mother-baby programme. her prowess extends to a number of other fields, such as oncology. 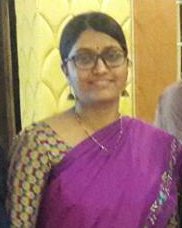 dr. dornala practices from her pushpanjali family clinic in ghaziabad. she treats women and children and offers her expertise on pregnancy care. she says, “women are a replica of the universe, the adi shakti. they carry life in their womb. supervising and offering them health guidance during pregnancy as well as post the childbirth is a responsibility that has to be handled with wisdom and utmost care.” dr. dornala explains that the female body goes through so many changes throughout the life, whether it is the puberty, gestation, delivery, or the menopause. “care with ayurveda is a natural and ideal approach while addressing the challenges and safety,” she says.

with a number of years in practice, dr. dornala has gained a variety of experience on female health care. she believes that ignorance of health is one of the factors which lead to complications in women. whether it is a case of cystic ovary or a delivery or pregnancy problem, neglect and improper supervision make it only worse. besides treating the patients, dr. dornala also conducts regular campaigns in schools to create awareness in children. she sees obesity as a common health risk among the kids. she also educates the growing up children on puberty in such campaigns.

having devoted her service and expertise for the better health of women, dr. snehalatha dornala advocates for ‘pregnancy by choice, not chance.’ she argues that women should only start thinking about having a child once their body is strong and healthy, and their mind mature enough to deal with the various physiological changes that occur during the pregnancy period.

dr. dornala has adopted several techniques and approaches for the maternity care. preconception preparation, purifying the uterus, etc. are some of those methodologies which she thinks are necessary for the child as well as the mother. she says that abnormalities surface before the pregnancy takes place and hence it is important to understand that the health of the child and the mother solely depend on awareness, preparation, and optimal guidance.

dr. snehalatha dornala is a pioneer in introducing oil birth process in ayurvedic paediatrics. she has also brought ghrita dhara as a clinical practice for autism spectrum disorder, mental retardation, and cerebral palsy. her insights on oncology highlights the significant role of ayurveda in treating cancer effectively. she believes that such an integrative approach would add the missing curative steps to the remedy of complicated diseases.

[dr. snehalatha sn dornala is b.a.m.s. and m.d. in ayurveda medicine. she holds a ph.d. from the national institute of ayurveda. she has also served in the role of associate professor at vyds ayurved mahavidyalay, uttar pradesh. she was awarded ayurvisharada for her excellence in b.a.m.s. she is also the editorial board member of international journal of ayurveda and pharma research.]