passion and dedication matter a lot while choosing medicine as a career and dr. deepti gupta is a practitioner full of those aspects. treating patients for over 10 years now, dr. gupta looks at ayurveda not just as a medicinal field of practice but also as a way of life. she strongly believes in the holistic approach of ayurvedic medicine and sees it as a natural system of healing. 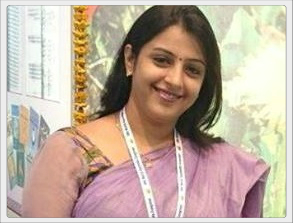 motivation came from within

ayurveda did not happen to dr. gupta all of sudden. coming from a family with allopathic background, her first inclination was naturally toward modern medicine. as she started taking more interest into it, the more disillusioned she became. on a personal level, she could not find the kind of comfort in allopathy that she was hoping for. this search for a balance in medicine gradually led her to ayurveda. as dr. gupta started learning more about it, she realized she could find her answers in this ancient system of medicine more easily. it was more natural to co-relate daily habits with the holistic approach of ayurveda and it piqued interest significantly. she went on to earn her professional qualifications in this traditional medicinal science, imbibing its spirit, essence, and principles in her own life at the same time. her enthusiasm when she speaks about that phase is a certain sign that she has discovered ayurveda in its true form.

instilling confidence and relating to patients

dr. gupta’s optimism is not restricted to ayurveda, however. her confidence in her patients is another reason why she has been a successful practitioner throughout her long career. she instantly refuses to believe that there is a trust deficit in people about ayurveda. she agrees that it is yet to become the first choice of treatment for the majority of people and a large number of people who turn to her are those for whom the modern medicine did not work effectively. yet she emphasizes that her patients trust ayurveda completely.

“even when they have first tried other treatments before coming to ayurveda, they come to it wholeheartedly. they of course lack awareness and confidence, but it is on the doctor/vaidya to make them feel at home as they discuss their problems,” dr. gupta argues. “the general perception about ayurvedic treatment is mostly based on what they have been reading on the internet. that is, however, only a fractional view on what ayurveda can accomplish. i prefer to advise my patients to follow a 7-day ayurvedic routine and it usually makes them notice its positive effect automatically,” she said.

ayurveda has fast results too

dr. gupta recalls another important point from her experience, “ayurveda is perceived as a slow treatment process. this notion has to go. you must inform your patients that ayurvedic healing can provide fast results and there are immediate treatments available as well.”

ayush and its crucial role

dr. gupta feels that the ministry of ayush dedicated toward traditional and ancient indian medicine system is an good initiative, but it has yet a lot to do for the complete reformation of the traditional medicine industry. she herself being an ayurvedic motivator finds it highly crucial that the industry recognizes and promotes fresh doctors. she believes that ministry of ayush can infuse new strength into the industry by devising ways to reform the traditional medicine system so that it can be molded well into the modern era and lifestyle. it echoes well with the vision of nirog street which has created a digital platform for interaction between doctors and between doctors and patients. its goal to make ayurveda the first call of treatment by reviving the perception through organized training modules and expert session is just the beginning of the reformation dr. gupta aptly urges for. she further suggests that this can be achieved by taking up several measures, such as developing emergency treatment system, building infrastructure for postgraduate medical examinations, bringing experts to mentor on hands-on practices, and developing continued learning processes for practical application.

technology is critical for the evolution of ayurveda

dr. deepti gupta thinks technology is an important axis for evolution of ayurveda. it can help in creating better medicines which are more potent and have better self-life. it should, however, be kept in mind that technology does not disrupt the fundamentals of ayurveda while creating innovations and products. nirog street, working on the same objectives, has brought technology as a platform to build a cohesive and authentic ecosystem of ayurveda between the doctors and the patients.

taking time out for herself

dr. deepti gupta does not want to sound it too geeky, but she likes reading books a lot. she says, “reading is a great experience and stressbuster for me and i enjoy it thoroughly. traveling to natural and scenic destinations is another favorite recreation that i have. it gives me time for self-indulgence, reflection, and rejuvenation.” these hobbies indeed do not surprise after listening to someone who has absorbed ayurveda into her life, both as practice and essence.

her advice to the people in general

“follow health regimens prescribed by authentic practitioners and do not fall for numerous health tips found over the internet. there are a lot of false promises, shortcuts, and irrelevant suggestions and recommendations on the web which should be avoided. always find a genuine doctor, keep faith, and become more aware of the original ayurvedic principles.” she further adds, “ayurveda is not about just taking some oral medication. treatment and therapy is a four-fold process in ayurveda as only a complete lifestyle management can keep you well and healthy for a lifetime.” indeed, a remarkable point to take note of.

[dr deepti gupta has earned her b.a.m.s. (bachelor in ayurvedic medicine and surgery) from the prestigious national institute of ayurveda, jaipur. she also has a diploma in naturopathy and yoga (n.d.d.y.) and a fellowship in applied nutrition (f.a.n.) from the apollo hospital. she has worked with medanta and several ngos. she organizes health camps, workshops, and sessions regularly.]